Wood County’s Corporate Citizens of the Year are typically firms that quietly go about their business – like past recipients Phoenix Technologies, Poggemeyer Design Group and Wood County Hospital.

Not so with this year’s winner – the National Tractor Pullers Association Inc.

For the past 50 years, the tractor pull has roared into Bowling Green for one weekend each summer. The event creates an awful lot of noise, but also brings in a lot of spectators spending a lot of money in the county.

The group started quietly enough in 1962 as a “small group of people with a passion for competition,” said Wood County Commissioner Doris Herringshaw.

Since then, the tractor pullers association has continued to grow in size and popularity, attracting participants and spectators from around the world.

“It is the largest truck and tractor pull in the world,” Herringshaw said as she presented the Corporate Citizen of the Year award to the group Wednesday evening during the annual meeting of the Wood County Economic Development Commission.

The organization was recognized for being able to “put us on the map,” she said.

“This is definitely quite an honor,” Mike Erford, president of the organization, said as he accepted the award. “On behalf of all the blue shirts, thank you very much.”

Erford reflected on the group’s early “dream and a desire to compete,” that gradually grew beyond expectations.

The very first tractor pull was put on at the county fairgrounds by the Wood County Agricultural Society with 40 volunteers. By 1964, it had grown to draw people from many surrounding counties.

Bylaws and incorporation papers came in 1970. And in 1975, the National Tractor Pulling Championship had 10 classes and 100 members.

But the pull is about far more than making noise. In 1993, the organization was asked if it would raise money for Make-A-Wish families. They started and never stopped – raising more than $1 million so far.

“Our organization is extremely proud of the 24-year relationship” with Make-A-Wish, Erford said.

Also in 1993, the tractor pull started awarding Super Bowl style championship rings. This past summer, competitors came from all over the U.S., Canada and Europe to try for full pulls.

“They spend enormous amounts of money in hopes of taking home that ring,” Erford said.

“I don’t know if the founding fathers in ’62, ’67 knew what they were starting,” said Steve Severt, one of the nine directors of the tractor pulling association.

To get a grasp of the economic impact of the tractor pull on Bowling Green and Wood County, in 2013 the association hired a professional motor sports accounting firm from Cleveland to do the calculations.

The firm found that nearly 30 percent of those attending the tractor pull traveled more than 250 miles to get here, while 63 percent drove between 100 and 250 miles.

The spending added up to more than $3 million in fuel, $3.4 million in food, and $2.5 million in liquid “refreshments,” Severt said. An estimated $4.7 million was spent on hotels and camping, $2.6 million on shopping and souvenirs, and nearly $2 million in tips.

Further calculations found that the total spent during the four-day event was estimated at $36 million on the conservative end and as much as $47 million on the higher end.

“Look out Wood County for what happens in the next 50” years, Erford said.

“It’s a pleasure and a privilege” to put on the pull each year, Severt said. “We hope we don’t bother you with the noise.”

“Yes we do,” Erford said, smiling.

Posted by: Jan Larson McLaughlin on March 23, 2017.on March 22, 2017 at: http://bgindependentmedia.org/tractor-pullers-named-corporate-citizen-of-year/ According to the City of Bowling Green, Ohio Website:

“Bowling Green has once again been voted a “Best Hometown” by the Ohio Magazine. Bowling Green will be featured in the November, January, and July issues.

Ohio Magazine chose Bowling Green as one of its 12th annual Best Hometowns because of its vibrant college town atmosphere, strong sense of community, and shared vision for the future. To determine the Best Hometowns, Ohio Magazine conducted site visits across the state and evaluated nominees in six categories–community spirit, education, entertainment, health and safety, business environment, culture and heritage.” 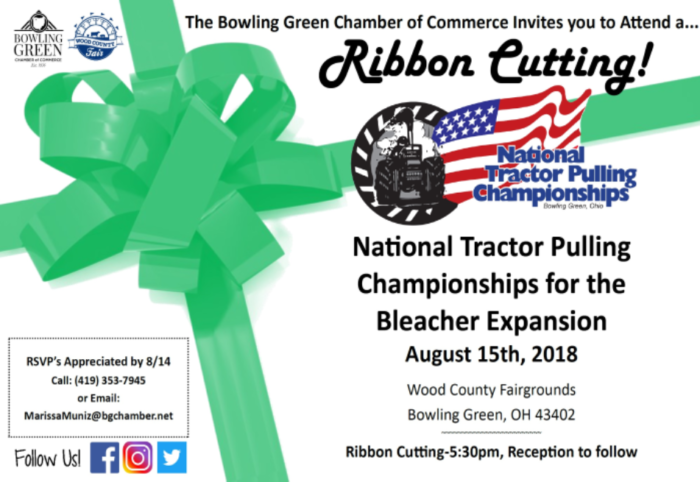 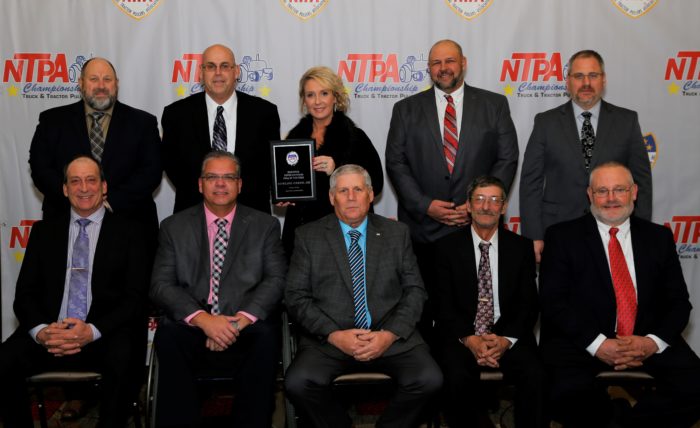 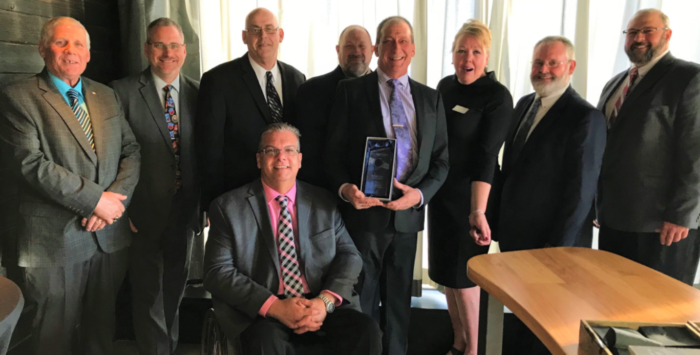 The NWOTPA and NTPC were honored by the Make-A-Wish organization on April 12th. 2019  with the “Chris Greicius Society Hope Stout Award “.  This award recognizes donors who have made a significant lifetime contribution of $1 million & above to the Make-A-Wish Foundation. 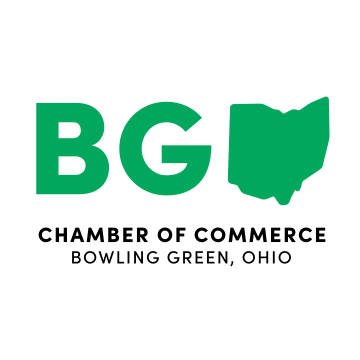